When I thought about writing this post I was like, "Sleek, there's a brand I don't own a lot of stuff by". Then I thought about it and realised I own enough that I could probably give a fairly decent assessment of the brand (these lipsticks, a Primer, 2 Eyeshadow Palettes, a Cheek and Eye Palette and the Solstice Highlighter palette that's super famous).

I'm always a little hesitant when it comes to square tubes, as if the caps don't line back up right it just bugs me. These have been designed to only do one complete turn so if you put the Sleek logo to the front and then put it on it ends up right where it should be. Its so satisfying.

So I own three of these. Petal and Shabby Chic which I have had for a very long time, and Velvet Slipper, which I got more recently. In the top picture of the tubes Petal and Shabby Chic look very similar however once you have them out and swatch them you can how different they are. Petal is a very pale pinky colour and Shabby Chic is more of a grey-tone mauve colour. 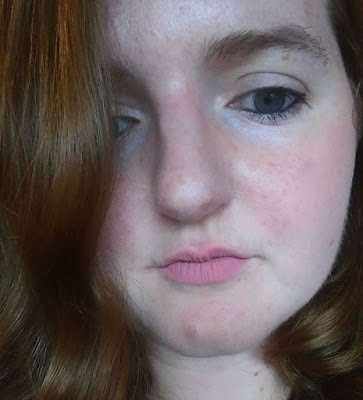 Petal is a gorgeous soft pink. This ones doe-foot applicator is different to the others. Its longer and skinnier which makes the colour harder to apply. Also as this formula is the lightest and the thinnest out of the three it needs two coats. The doe-foot being weird makes it harder to apply and it can look a  little streaky. Once its on it lasts a really long time though so its worth the extra effort. 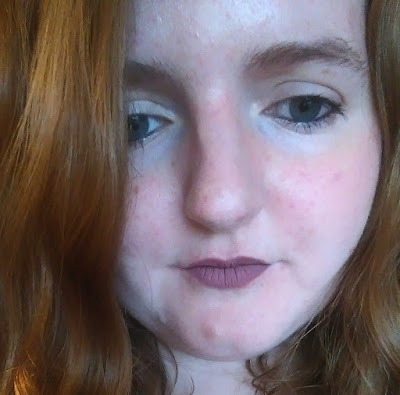 If I had to compile a list of my five all time favourite lipsticks, Shabby-Chic would feature in there somewhere. This one has a regular doe-foot and probably the best formula out of all three. It only needs one coat and the grey-mauve colour is surprisingly wearable. If I had to recommend any of these shades it would be this one. 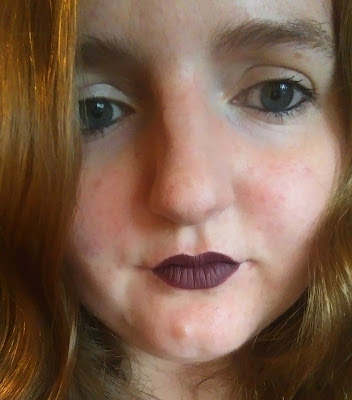 So Velvet Slipper looks like a soft reddy-purple in the tube but once I put it on and built it up, so it wasn't patchy, it turns out super dark. As you can see from the arm swatch, one coat leaves it super patchy.  Once its built up it does feel a little thick and chunky, but no worse than one coat of some LA Splash shades I own.

I decided to wear test this shade as it as the most noticeable, so any changes or rubbing would be more apparent than the others.


So here's an update photo four hours, two cups of tea, some biscuits and a plate of pasta later. As you can see there is some wear and tear around the inside of my lips, but considering I ate a whole plate of pasta and cheese sauce, I'm really impressed. That level of sauce and oil would strip a Kat Von D or an LA Splash clean off my face. These are under half the price of both those brands so for it to have broken down this little is amazing.

So, to summarise, I think these lipstick are really good value and although the formula and applicator vary from colour to colour they all still perform really well. If I had to recommend one it would be Shabby Chic which I think is the best overall. I'd be interested to try more of them, however I have so many matte lipsticks, I'd probably just try them a couple of times then they're sit at the back of my lipstick drawer.

(Firstly let me apologise for the quality of the photos. My laptop is broken so I'm going between phone and small tablet, it's not ... 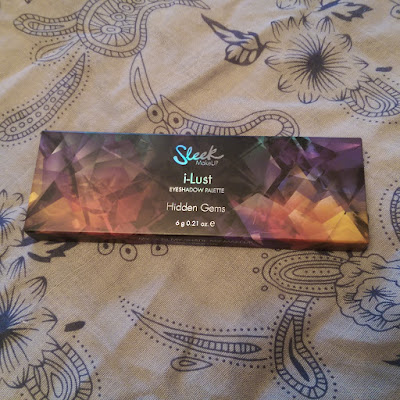